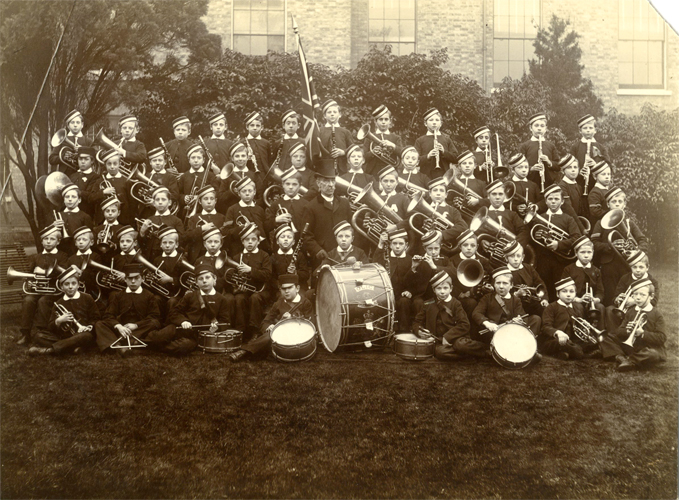 Members in the two Forces, dedicated towards ensuring the success of the Institution, doubled their efforts to raise much needed finance by a wide variety of enterprises. A boat race on the Thames in 1871 from Putney Bridge to Barnes Bridge between crews from "T" and "TA" Divisions and a collection on the towpath which yielded £4 1s.7d is typical of several Herculean efforts. The Police Minstrels, who raised over £200,000 before being disbanded in 1933, were by far the biggest benefactors. But periods of recurring adversity added aggravations. Six hundred-and-nine children were orphaned in the two world wars, 283 in the first and 326 in the second and a further 170 through the influenza epidemic of 1919. In 1919, 1,275 children received benefit-the highest annual total in the history of the charity.

And the public? It would be a grave omission not to record an abiding debt of gratitude for financial help so freely given, help which in the early years perhaps meant the difference between success and failure. In 1896 the Superintendent of "G" Division was stopped in the street and given a cheque for £1,000. Anonymous donations through boxes in Police Stations and Commissioner's Office, installed in 1871, totalled at 31st December, 1969 £113,589. Legacies have amounted to £121,448.

In 1874 the Baroness Burdett Coutts made an interest free loan of £3,000 to build a new wing to house 60 additional children. It was opened in 1882 by H.R.H. the Prince of Wales, later King Edward V11, and named the Burdett Coutts Wing.

lifetime. In his death in 1895 his widow and daughter erected a striking clock to his memory in the Orphanage overlooking the grounds. It still survives, as does a wall-placque beneath commemorating the occasion.

The late Alexander Mann of Richmond, Surrey, who died in 1917, bequeathed the residue of his estate to the Orphanage. His memory is permanently enshrined in the Alexander Mann Bequest which appears in the annual balance sheet, as does the Twells Memorial Fund founded in 1880 by the late Mrs G. Twells of Enfield with a donation of £500 in memory of her husband.

The War Memorial Hospital, built in the grounds of the Orphanage on subscriptions from members of the two Forces in memory of 387 colleagues who gave their lives in the first world war, still exists and functions as a hospital. It was opened in 1923 by H.R.H. the Prince of Wales, subsequently the Duke of Windsor. 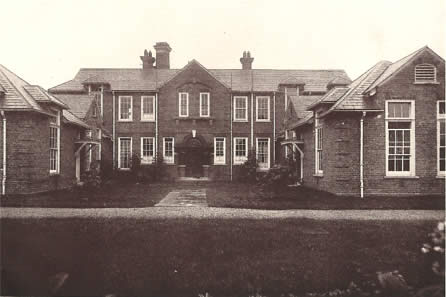 If the First World War left a crisis in its wake the Second was no exception. The average number of children in benefit during the war years and immediately after was 650. But again the public was not inattentive to the charity's needs. Between 1944 and 1954 a gentleman who still wishes to remain unidentified contributed £5,300 to the Fund. To him and to a number of others who gave so generously, the members in the two Forces are deeply grateful.